Last night we arrived in Te Anau after 8 pm. One thing we learned during this trip is that most of the stores, including grocery stores, close around 8 or 9 pm. Oftentimes we would arrive in a town so late that there is no place to eat or get grocery.

Our initial plan was to take an overnight cruise at Milford Sound for one of the night, however the forecast predicted rain for the next few days and it had been raining since we woke up. Since the weather usually cleared up briefly in the afternoon, we decided to just hike the trails in the nearby area and go down to Milford Sound to take a peak in the afternoon. Tomorrow we will take a cruise at Doubtful Sound.

Unlike many other multi-day walks, which evolved from Māori greenstone trails or pioneer exploration routes, the Kepler Track was custom-made, built for pleasure, rather than necessity.

Located on the southern edge of Lake Te Anau, the trailhead is only a short drive from Te Anau. Crossing the control gate, the trail started off in the rain forest right away. A few trackers passed us by along the way, clearly prepared for the multi-day trip for the entire track. Despite the rain, it is a very nice enjoyable walk. We turned back around Brod Bay, right before the trail turned towards the mountains.

The sky did not clean up in the afternoon. As there was still plenty of daytime left, we decided to drive into Milford Sound. It is a 240km round trip from Te Anua to Milford Sound with no gas stations along the way. Make sure to fill up the tank before heading into Milford.

There were plenty to see along the way before reaching Milford Sound, but the most amazing scenery was one that came to us. A kea stopped by and played with us while we were taking picture of a scenery. We later learned that a kea can have an intelligent of a 5-year old child and there are only about 4,000 kea left in the world.

The Milford Road connects Milford Sound through the Homer Tunnel. Before the tunnel opened in 1954 after 19 years of construction, there was no road access to Milford Sound. The tunnel, a 1.2km-long tunnel through solid rock, is a fairly steep 1:10 gradient running east to west. After the tunnel, the road wind through the Cleddau Valley to decent into Milford Sound. We arrived at the sound at about 7pm, hiked around the waterfront trail. Got as close as we can to see the Bowen Falls. The massive water volume due to the recent rain falls created a very impressive looking horsetail. Next time, we will definitely take the cruise out to the sound. 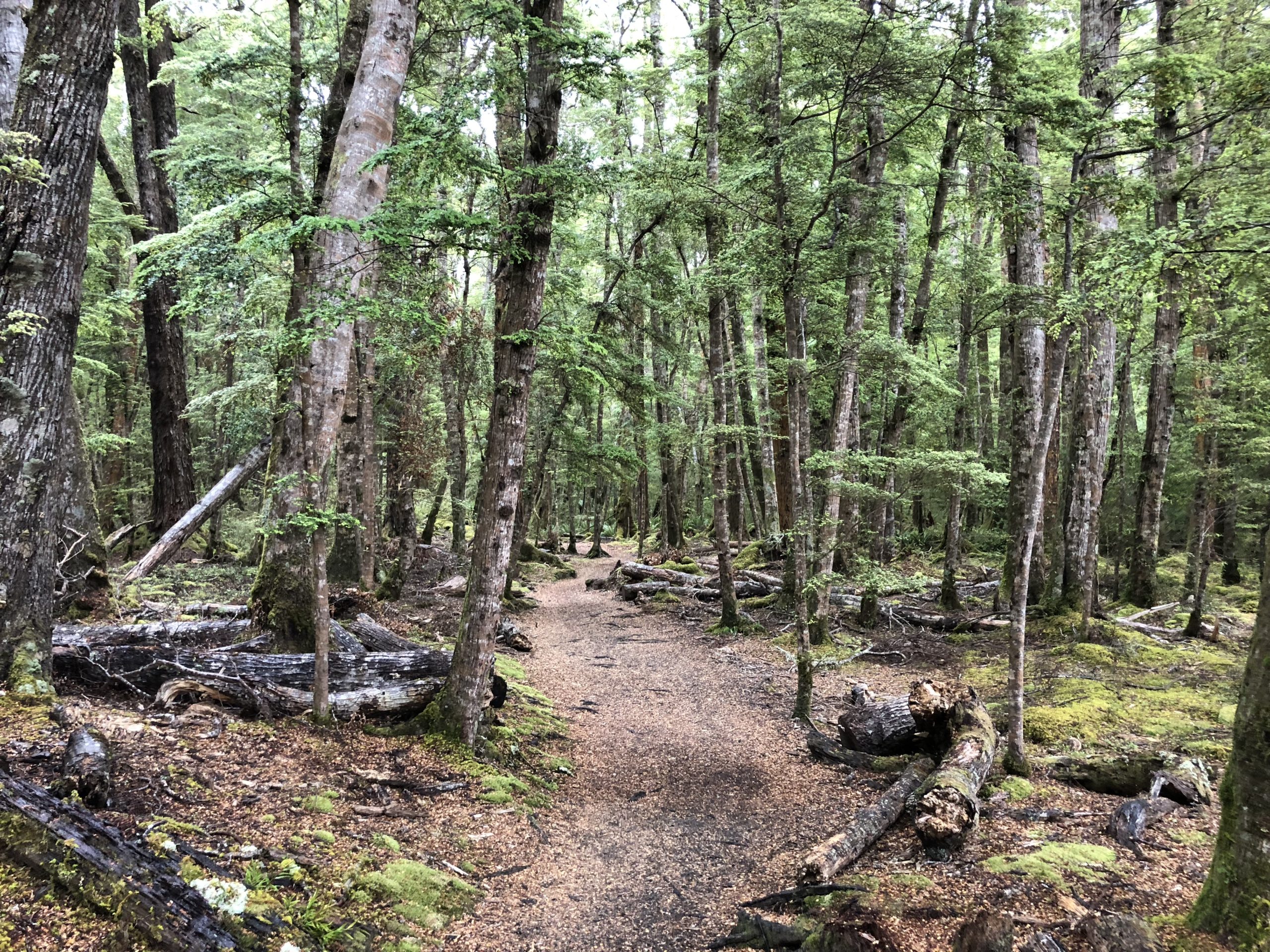 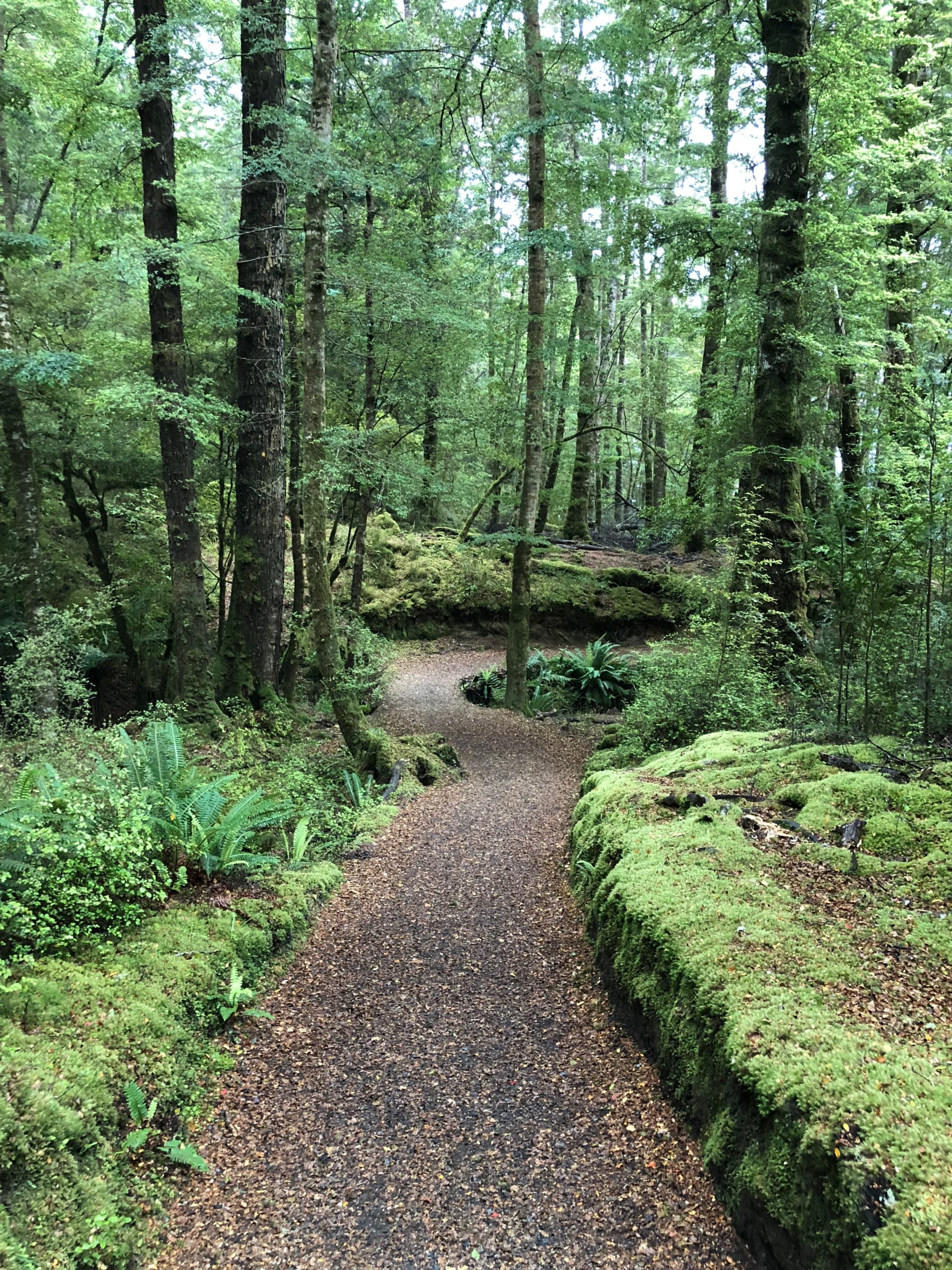 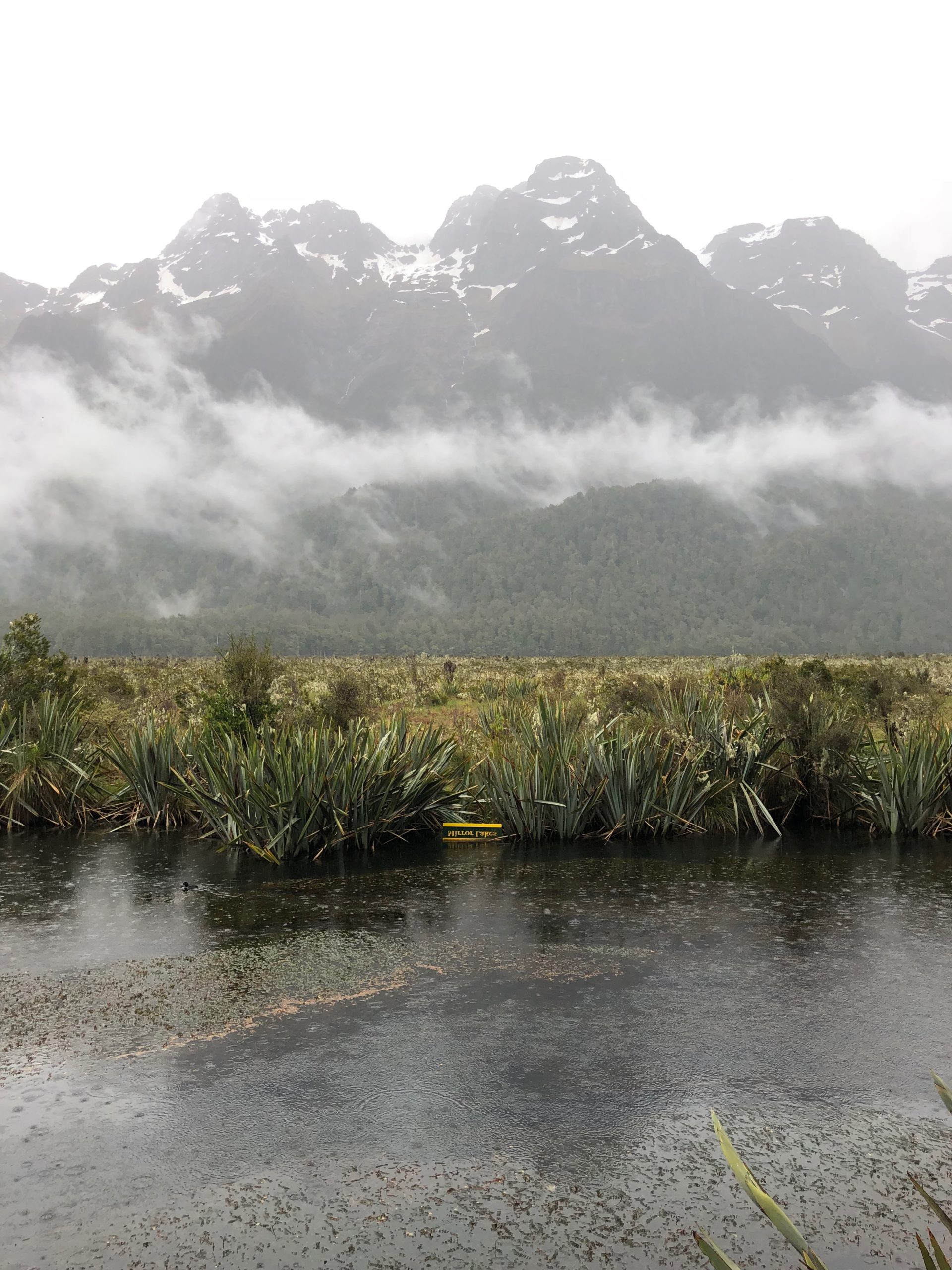 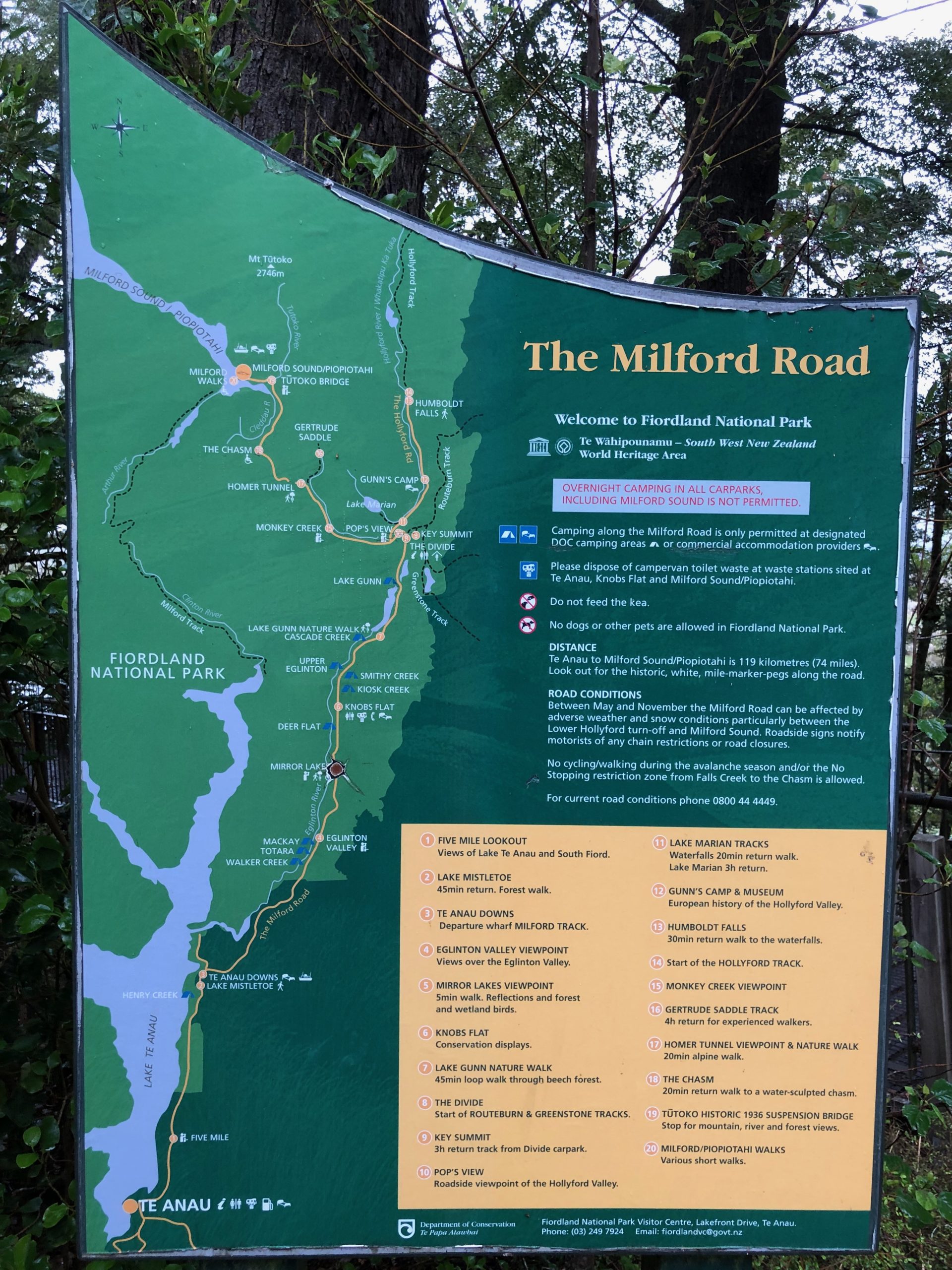 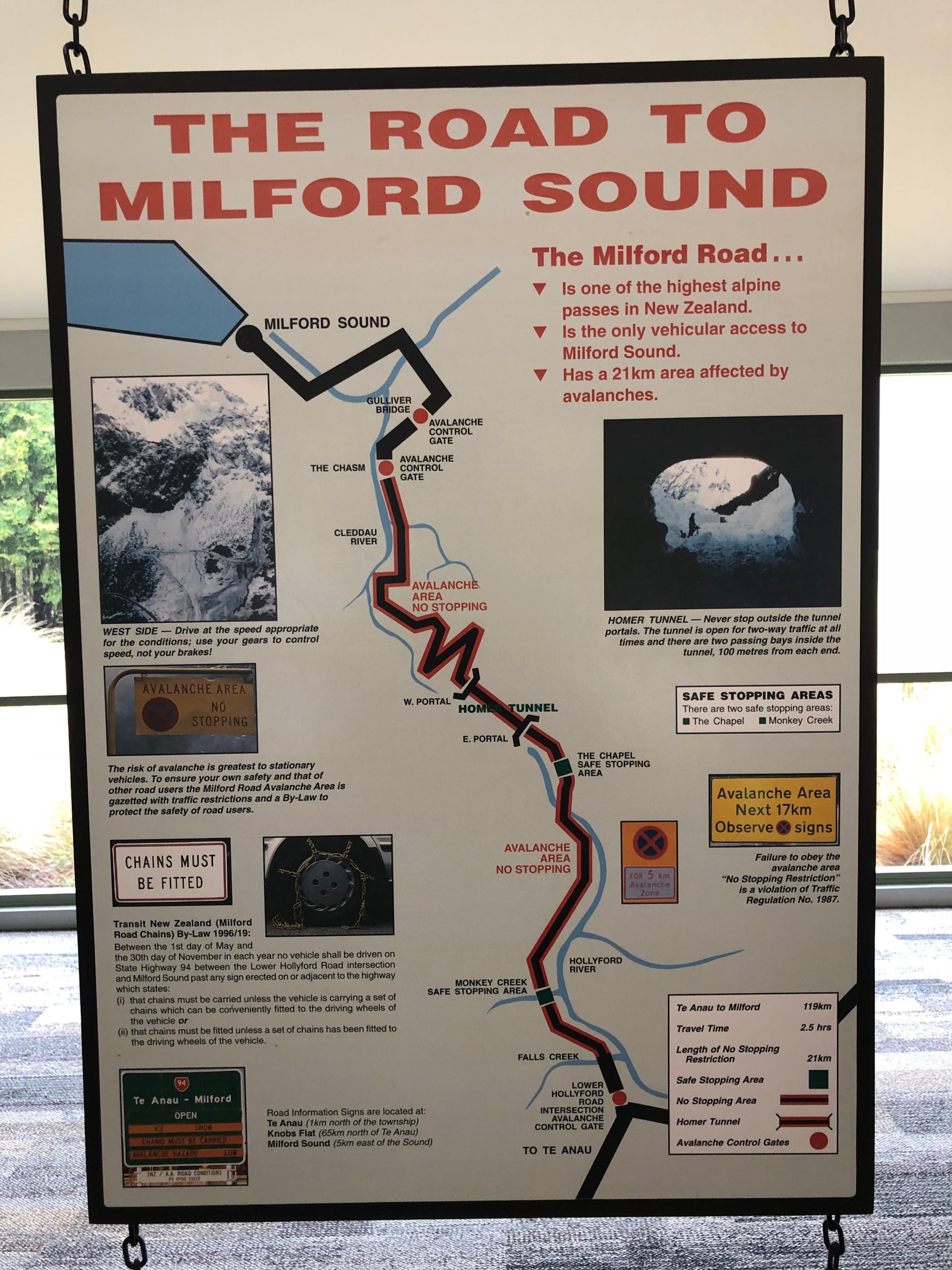 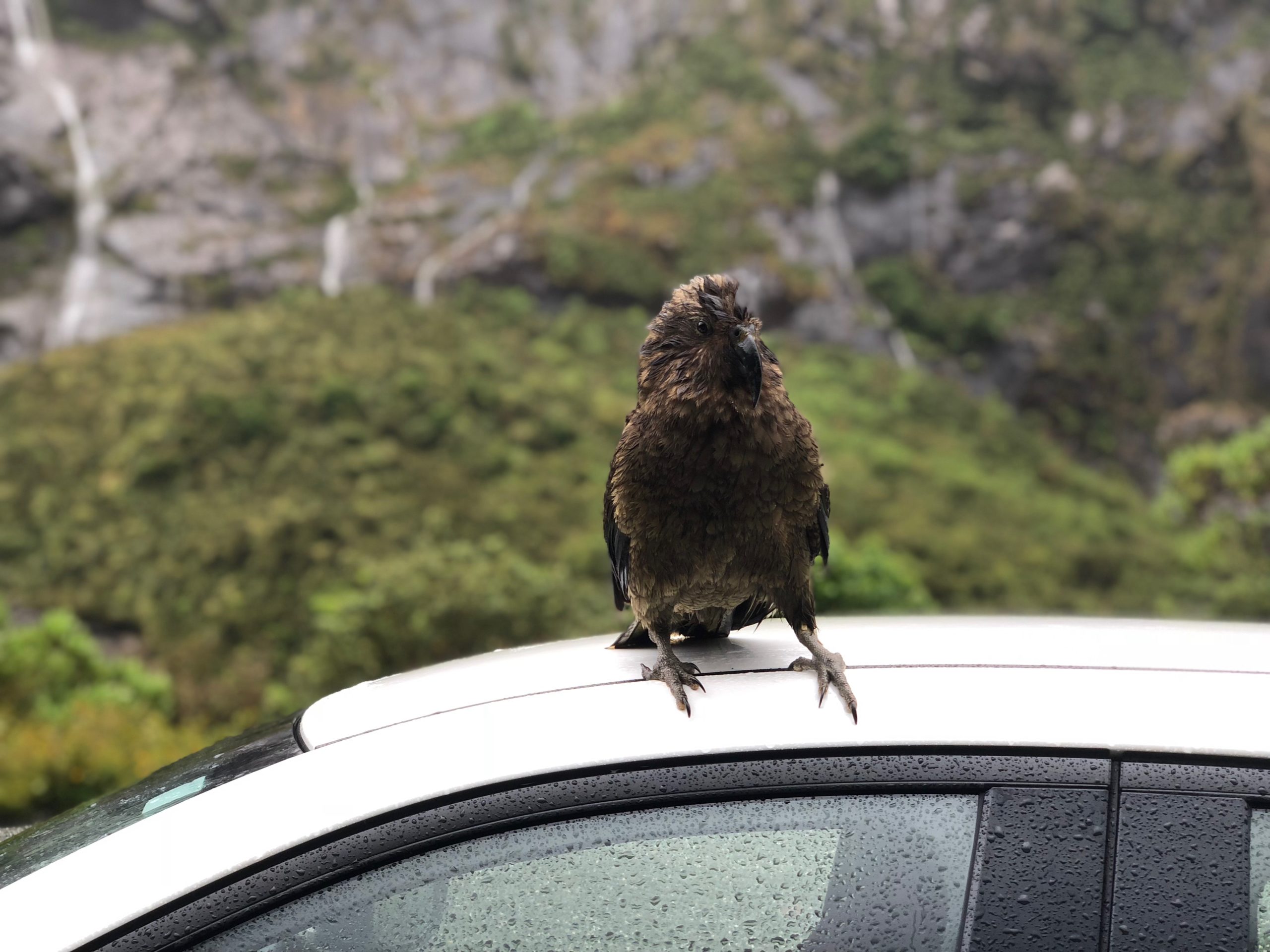 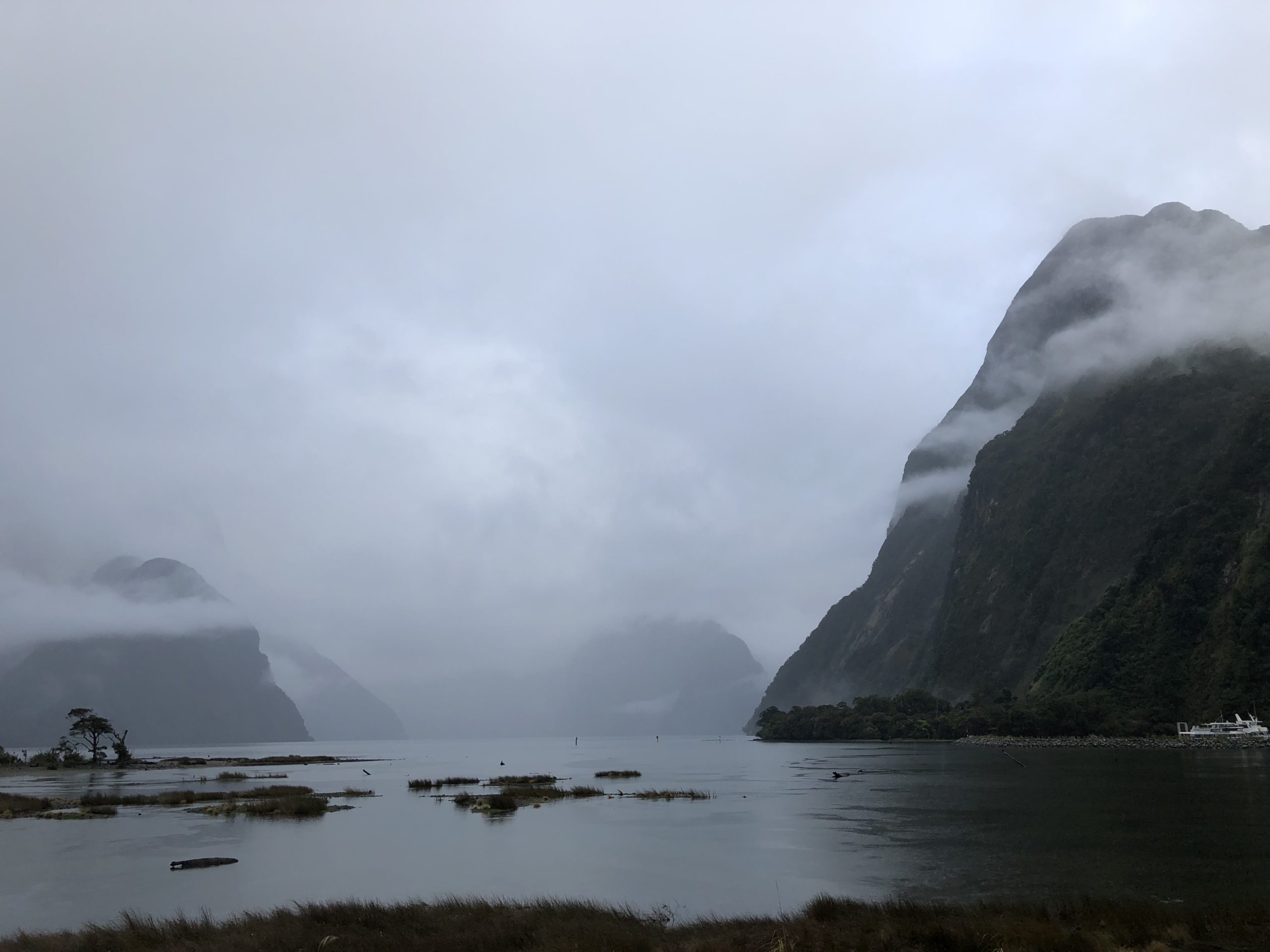